All great theatres should have at least one ghost. The men who own the Royal Alexandra Theatre in Toronto also own the "Old Vic" in London, England, and it has its share of ghosts -- why should Toronto be any different?

The "Royal Alex" (as it's affectionately known) has not one but two ghosts to its credit, and both of them seem to be apparitions! There is the ghost of a flyman who lurks up in the rafters of his former workplace who died some years back. A phantom audience member in the second balcony occasionally takes in a show; however, the woman died there many years ago, so I dare say her program is out of date. 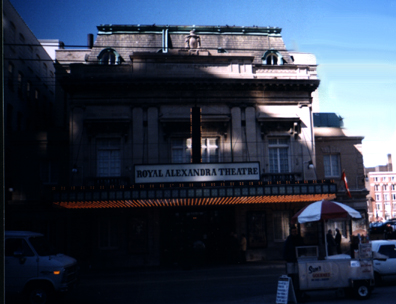