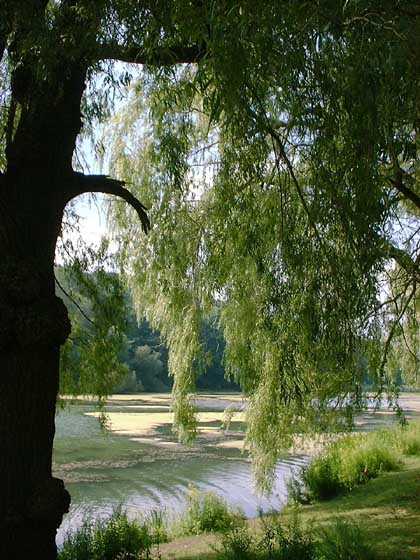 (Written in April of 2004) Over the last few years, there have been a number of reports of people seeing, in the bushes and woods near the Southern end of High Park (near and around Colborne Lodge) what appear to be soldiers (or a soldier who's seen often) in both red and, on occasion, green tunics (coats).

The reports mostly speak of assuming "someone" is lurking in the bushes, the witness tries to get a better look at the "lurker" and then describes what might be (most likely) a soldier, from the War of 1812 era (based on their hats or packs) which, when they double-check what they see, vanishes.

These reports seem to come from both daytime and evening sightings and are more often seen East of Grenadier Pond, West of Parkside Drive and South of the animal pens. 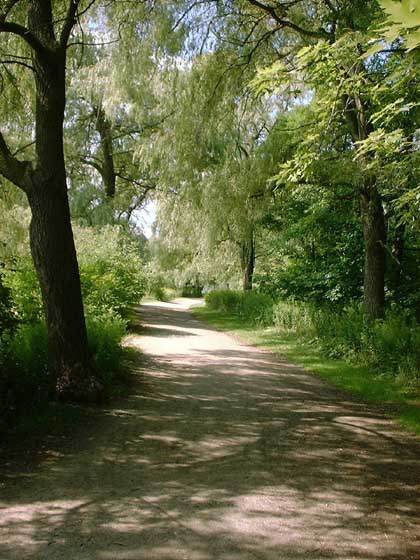 What's intriguing is the amount of reports from people who do not or would not expect to see such soldiers in this area as it is a wee bit of a trek from Old Fort York not to mention those that have seen the "green coats" and do not think they are related to the War of 1812.

Historically, however, there is reason to believe that there was fighting here during the Battle of York in April of 1813 as the American Forces, led by General Zebulon Pike, did land their troops close to what is now Sunnyside Beach (just South of High Park).

The British commander sent out 119 grenadiers (including some Glengarry Light Infantry who wore "green" jackets instead of red) to face the force as it landed. Of these 119 souls, only thirty survived. (See a possible related story to this in our section on Grenadier Pond.)

Is it possible that these "lurking" soldiers are related to the battle? Are they possibly related to or somehow in unison with the legends of Grenadier Pond? Are they something else altogether unrelated? All is possible, but without concrete evidence or testimony, it's difficult to say... Definitely, more study is needed.

Update April 2011, one of our readers writes in with the following:

"Hello, I came across your article on High Park South end while browsing on your website. I was amazed because a similar incident happend to me in at the end of February of 2005 toward the south end of the park (well into the park). It was on a weekday and I remember that it was snowing pretty hard during my visit to the park.  I decided to take a walk in High Park just to relax and spend some time alone. There weren't many people around at that time of day. Maybe the odd person passing by. During my walk, I noticed something very strange. I saw a young man dressed in a military uniform (looked british to me) and a tall black hat on (maybe bear skin?). He really looked out of place to me because people of today normally don't wear that type of clothing. He was jogging or running along the paved paths in High Park. He did not approach me and I did not approach him. He seemed to be very focused on his jogging or running and not even paying any attention to me whatsoever. It was like he was in his own world. I found it odd that someone would be jogging in a snow storm as well and dressed like that. I thought maybe it was someone dressed in period costume from Colbourne Lodge, but when I read the article you posted it made me think again. He wore a red military jacket with gold buttons I believe. It is hard to remember exact detail because it happened a while back but I distinctly remember a red jacket and black tall hat. He looked very real to me. I have to say that is one of the strangest people I saw in High Park."

Our thanks to our reader for sharing this experience with us, which may just have been an encounter with one of High Park's ghosts.