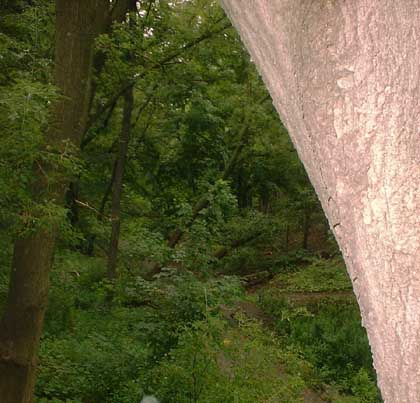 
I've recently moved back to Toronto, from England, and have discovered your site. It is very nice and is missing something I, and many of my schoolmates, had repeatedly experienced years ago in High Park. When I was a young lad I used to jog in High Park in the late evening, and early morning.

My route used to take me through the Howard Park entrance, which it seems has been closed, when I don't know, and take me down to Spring Road to High Park Avenue, and back around Parkside Drive. Sometimes, at night, I would reverse the route and leave via the Howard Park entrance. On the road, leading out of the park, sometimes I would encounter an elderly "Gentleman" as he appeared to be,(no pun intended!) who dressed always in a black with a three quarter length trench coat, a more German style, and a black Derby. This was in the early to mid 70's, and men dressing in this manner was still relatively common. I must have seen this man around 20 to 30 times, and thought nothing of it. It was usually around 9 to 10 o'clock at night. It wasn't until I was talking to my mates on the rugby team, when I realized that this "Gentleman", may be in fact a ghost.

After talking to my father, an Oxford educated man, who always had an explanation for everything, gave me a blank look. It seams that HE had seen the exact same man, in the park, 15 years earlier, when he first moved to Toronto, and the High Park area. After hearing that I started jogging up and down Indian Road at night. Even 30 years later I still have reservations about that stretch of road in High Park, not because of fear, more a sense of leaving the old man alone, and in 'Peace'.

Funny I know, however I don't want him following me home, for I have heard stories in Britain about that sort of thing happening. An interesting post script to my story, my nephew, a young lad, was telling me, without knowing of my experiences, a story about him and his mate bicycling throughout the park at that same stretch of road, came upon an "old fart" as he put it, dressed like he wandered off the set of an old movie from the 1920's. I, and especially my father, never told my sister about the man in black, so my nephew it seems is now the third generation in my family to see the man in black.

Has anyone else seen him?" 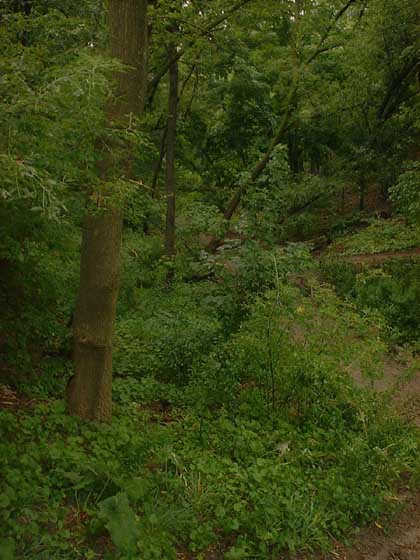 
I was reading the story of the "man in black", and I can say I have seen the ghost in question. A couple of years ago, when I was a smoker, I used to go for nightly walks to indulge in my 'filthy habit'! I swear I saw this ghost at least 10 times from the period od 1997-2003. I used to walk from the High Park Boulevard entrance, inside to Howard Park, then out at the street-car loop, since my wife stopped letting my smoke in my own house around that time! I always thought that the guy was on the same walking schedule, and never thought much of it. After reading the other gentleman's story, there is no bloody way that this same person is alive, especially since the gentleman's nephew saw the man not too long ago. When I first saw him in '97, he looked as though he was about to expire. Come to think of it, he probably did on that spot in the park, and has been replaying his last night's walk ever since.

Our thanks to the witness for this report.

If this story sounds familiar, you have information you can add or if you have had similar experiences please do contact us at This email address is being protected from spambots. You need JavaScript enabled to view it.

"I remember when I was at least ten and I went on a class trip to High Park. I did too see a man in black, which I couldn't explain. I was walking with the group through the trails when I looked to my right and I saw probably a good distances away, a figure that was walking parallel to me. I froze and asked around me if they saw it too, but know one believed or saw what I saw. It was so clear how it was and I was completely scared. It has been twelve years old, and I still have not gone back into the trails. This memory still haunts me. "


Our thanks and appreciation goes out to our reader for sharing their experience with us. If you have had a similar experience, can add further information to this report, or have experienced something that you believe may be ghostly or haunting please contact us at This email address is being protected from spambots. You need JavaScript enabled to view it. Your privacy will be protected and confidentiality is assured.