Can our intellectual souls be saved?

- Transcribed from the episode Ghosts of History: A Haunted House Tour from the podcast Stuff You Missed in History Class. 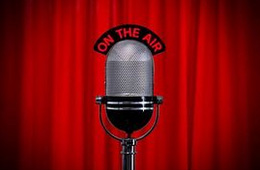 In my "day job" work, I spend a great deal of time watching - as I say it - blue bars move slowly across a screen.  Sadly, as a specialist computer technician, you have to watch rather boring things to ensure everything works 100%... so I listen to podcasts to occupy those bits of my brain not in operation while my computers work their magic.  I can recommend some corker podcasts (and I will with How Did This Get Made and Radiolab amongst others,) but I'm always on the lookout for new and interesting ear-food... and recommended to me online quite a bit was "Stuff You Missed In History Class", a history podcast who's episodes (and subjects) range in length between 17 and 45 minutes as a rule... and, as I am and always have been a historian first but also an interested party in things paranormal second, they have a handful episodes right up my street!

In fact, "Stuff You Learned In History Class" does one of my favourite things (usually around Halloween, but hey...) It has episodes that focus on ghostly legends and then matches up (or compares) the discovered actual history to the folklore without demeaning those who say they've had experiences.  In fact, it's fairly obvious to anyone that ghostly stuff is not in their scope of topics, so they work only on the folklore, legends... and then the history.  Perfect stuff for me!

Then, while starting the "Ghosts of History: A Haunted House Tour" just after a really interesting episode on the *real*  history of the folks at New Orlean's famed Lalaurie house, I heard them say the quote... 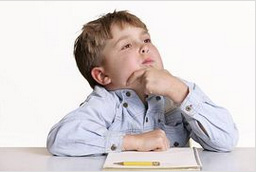 To say there was a bit of recognition in the tone and words of this to me is a mild understatement... as a 'living historian'/reenactor/interpreter, it rang very familiar... in fact, it was striking how I'd heard things like this before from not only my own mouth, but from many others...

...so, off to Google to look for the usual suspects.

Indeed, those preachers of (their own version of) rational thinking were busy in groups, message boards, and forums.

"This is a show about history? And you talk about lies?"
"LOL! Next you'll do a show on breeding Smurfs!"
"I liked this show until they started this nonsense!"
"No one with an IQ would believe in that drivel."
"You forgot to say ghosts aren't real."
"If I wanted fiction, I'd listen to better stuff than this {naughty word}."

Most every time, even at Halloween, a major outlet touches on ghosts, out come the so-called sceptics (read: non-believers because scepticism means doubt, not outright denial)... to save our brains... to spare the poor children from hearing claptrap... to ensure we are all on the same page as their superior intellect...

...because, as we all know, passed down stories and folklore have no place in the serious land of history... and people that say they've experienced something need to be silenced immediately.

Now, off come the gloves (believe it or not) and out comes normal Matthew...

What really bothers me about these crapwits is that they don't understand a couple of things...

First, the statement above about "folklore" having nothing to do with history is legitimately blown away by the podcast in question that they chose not to listen to and only complain about.  Had they bothered, they would have noted the folklore being compared to the documented history... not to decry teh stoopid, but to show the real story as the facts allow... and perhaps, maybe, JUST maybe, blow away a few myths along the way.  In fact, human nature ensures we all like to look intelligent, so when we can find out about a legend and then learn a more solid truth, we're more likely to remember it properly.

Also, in the same vein as above... wanna hold a twelve year-old's attention in a history class?  You need to get them involved... which can be through demonstrations or... tapping into their psyche.  Tell them the ghost story and serve it with the history.  Don't pretend it's bad for them... they know fiction already and they know "horror" unless they're truly insulated from culture.

Second, if one of you - those non-believing fundamentalists who wish to save our reason - is reading this... sit down and understand these points.  When you do manage to move the folklore and ghost books to "fiction"... when you convince a museum, historic site, or business to shy away from their legends... when you force a podcast or even a story teller to back away from potentially dangerous paranormal thoughts...

...the fist-pumping, "Woo!" shouting, self-congratulatory, smug indulgence of a victory lap you take?  Yeah, I've seen it before... we all have... 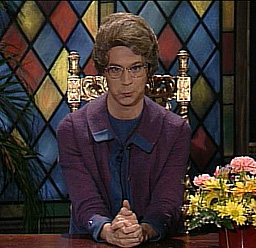 If you want to see what you look like at those moments, feel free to find videos, read blogs, or see news items from fundamentalist religious/philosophical and even political types when they manage to get sex ed banned at a school...  when a library gets rid of a book they dislike... when they get a show/concert/dance/movie cancelled.

That's YOU now!  Good for YOU!

Seriously, think about it... YOU got something banned!  YOU suppressed dangerous thinking!  Pat yourself on the back for a job well done!  YOU managed to get your thought processes and beliefs to supplant something without thorough investigation!  WELL DONE YOU!

I mean, sure, you could have noted whether "X" or "Y" is selling, profiting, or otherwise marketing something without tangible background (y'know, it didn't have a legend or a bit of folklore attached previously and now are telling a tale that would skew the actual history so would-be paranormal enthusiasts can justify things,) or check to see that, unlike that podcast mentioned, they didn't bother to teach, acknowledge, or show the actual history behind the folklore... which, as stated, might help spur an interest in the 'real' history and site... NAH!  That would require effort, information, research, and study!  YOU HAVE INTELLIGENCE!  You don't need no stinking research!  Best to build the bonfire and ready the books for burning and someone, bring the s'mores!

Now, and I'm still addressing the aforementioned faux-rational, folklore suppressing turdwaffles, what do YOU tell people who want to ban, suppress, or otherwise stop something you see value in... even if it's entertainment value... or relaxation value (like a certain type of music)... or the like?

...are you starting to see it now?

THAT'S RIGHT!  You can simply AVOID the stuff you don't like!

It's kind of amazing that in this world of so many "channels" of distraction, you might - JUST MIGHT - find something other than the thing that's bugging you to move on to!

If you enjoy or find value in something like "Stuff You Missed In History Class", but dislike the folkloric aspects, DON'T LISTEN TO THAT ONE EPISODE!  You'll be astonished that, like many other podcasts, they have a lovely archive!  Revisit a favourite!  Try one you missed!  Go on!

Well, you can do that, or fly over to Reddit and start madly typing missives while wringing your hankies, clutching your pearls, and hit the fainting couch because GHOST STORIES!

How awful for you.

Either works... but recognise who you are.  You're no better than a book burning, show cancelling, tyrannical fundamentalist who heard or saw a word they didn't like... and quite frankly, over-reacted in an effort to convert others to your thoughts.

Trouble is, some of those others were already there... or close to it... but are able to understand the difference between legend/folklore and documented history... and discern the difference... especially when it's presented together... and described by a hosting interpreter... and laid out for the world to see.

...and some of us didn't even need you ministrations.

To the rest of the readers... those that are capable of knowing the difference between folklore, legend, and history while at the same time seeing the connections... now that I've held up the looking glass to these nitwits, queue the cries of war and/or the inevitable signs of their persecution complex. 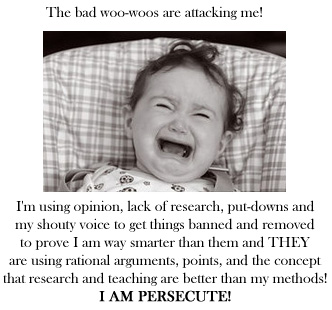 The poor world... We suffer so because you didn't get stuff banned and/or marginalised.