Your Best Can Always Be Better 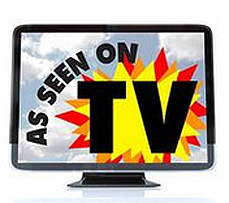 Nothing would give me more joy then to say my variation of paranormal "snobbery" was only mine... of course, as one could tell with that opening statement, it's not.  Right now, on many occasions, I've seen something that makes me elated on one hand, and slightly angry on the other, and judging by comments, notes, and posts, I'm not alone in this concern.

I've ranted (almost a little too much,) about reality-ish television ghost hunters and the groups and people it spawned.  People doing little more than justifying occasionally atrocious behaviour in places that deserve respect in the pursuit of g-g-g-g-ghosts!  You are aware of the type, no doubt... the under-the-chin video camera, wandering around the haunted {fill in the site here} and readying the upload to Youtube of the generic "What the hell was that!?!" shouts.

Thankfully, the age of reality-ish ghost hunters on television is almost over... and as that dreck moves off the cable-driven pseudo mainstream, the groups and people who aped them are too falling away and less vocal... and thankfully, less screaming into cameras for Youtube.

This said, the hard-core fans are of course still out there, but so to are those who actually had a genuine interest in the topic.

I'm noting more and more paracelebrity wannabes who, despite their show of choice going away, are staying with the study.  The only trouble is they're still holding a questionable base of understanding (sorry, but "reality" television is very, very, very rarely spontaneous reality,) and even falling back on the material from their fandom as a bible for their efforts.

Get ready for this statement from me... mind blown time for those that have read my stuff since 1997...

I have no problem with this.

Well, caveat time... I have no problem when said material is a base for learning... but not the bible of the study.

You see, here's the thing... In Junior High School, when UFOs and aliens were supplanted by an interest in ghosts in my life, I was brought into finding out as much as I could through the books of Hans Holzer and the television program (which sated many of my interests,) In Search Of...

By academic standards, neither of these sources would be considered "wahoo" in the grand world of those deeply immersed in these studies... but I liked them... heck, I still like them... even if they may be seen as campy crap to some now.

This admitted, it was these two source materials more than anything that helped me build my own hypotheses to things and launch myself into deeper and deeper studies... which included many sources, both popular and academic.

After a time, I whole heartedly admit, my eyes, heart, and more importantly brain swerved to the more academic journals and usually more than one source or thought on any matter.  This also led to something still missing from the now (mostly) abandoned reality-ish television fans still involved with the topic, and that is the ability and even desire to see connections through multiple hypotheses to an experience and try to figure out the greatest probability as to what caused any experience.

In simple English, I quite literally learned to entertain all possibilities from any schools of thought I could find and boil down the connections into what I myself thought.

The witness says they have seen an apparition of a dapper fellow in period clothing on the second floor of a museum they work at.

Thanks to paying attention to one level of 'ghost hunter', I wonder if it is the disembodied spirit of a dapper fellow they're seeing.

Thanks to paying attention to parapsychology, I wonder if the witness somehow manifested a dapper fellow through psi.

Thanks to paying attention to classical science and basic psychology, I wonder if a trick of the light or a breeze-caught curtain is being mistaken for a dapper fellow.

Thanks to understanding some elements of quantum mechanics, I wonder if the vision a bleed from another universe or time.

I can even include a thanks to religious and philosophical notions, even entertaining a form of not-necessarily-human-related entity into the mix.

Now, if you read the above and picked a "favourite", that's okay... but if you discounted any of them without full study, understanding, and with the caveat that nothing should be entirely written off as a possibility, then you're pretty much just a preacher of a faith and will look into things until the "answer" fits your expectations... most likely even if that answer is wrong.  This is what happens with a single source base of study and understanding.

Now, if like me with Holzer and Nimoy, your gateway into this interest was a couple of reality-ish plumbers and their Scooby-gang, that's fine in my eyes... but then consider a trip to the library to find out more from other people.  The plumbers are most certainly not the end-all of be-alls, no one is... but the wider the net of knowledge, the more likely the catch of the truth.

The same is true no matter who your paranormal sensei is.  Even if their class, course, or whatever is amazing and they're well accredited, they are most likely not correct in some things and double-checking their ideas out from other sources would really help in understanding the complete study.  Whenever I hear someone tell me why they're amazing because they're "friends with", taken the course of, or otherwise well read through only one source, I think to myself that's like saying you're a complete religious scholar despite only having ever read the King James Bible and nothing else.

Any paranormal educator worth his or her weight in salt will probably agree with this.  You're not there to worship what they know and how they do things, you're there to question it and work within it at the time.  After that, adapt, adopt, improve. (...and credit please! When you give credit, it shows you're capable of research and retention!)

If you're one of those people still in the study as the cable ghost shows sail off into that good night, your best friends will be a library card and even consider a membership with the Society for Psychical Research if, for no other reason, to access Lexscien, the searchable online library.

Instead of getting into rifts because the plumbers said because the other guy on teevee said because the author said because... realise there's really no right or wrong (outside of basic ethics) and that as opposed to worshipping one school of thought, entertain many and understand more.

Cast that wide net... you will be pleased with what you might catch!

Allow me here to re-post this link (click here) for more food for thought...