From the "It's About Time!" Catalog: We've finally started our initial report on Alma College... Please note: This site and story have been covered admirably on other websites and this is simply a "quick write-up" for our own notes and purposes. We will (hopefully) be updating this entry soon.

One thing to also note, this extraordinary building seems to be slated for possible demolition. If you live near St. Thomas or are worried about this place meeting the wreckers ball, please contact the St. Thomas mayor's office and let them know...

Alma College was a long-established girls school in St. Thomas and one of the more grand building and opened, according to the St. Thomas City Website, the same year as the town was incorporated as a city, 1881.

Alma, being this wonderful building, had it's resident and celebrated ghost. Eileen Sonin, in her book, ESPecially Ghosts published in 1970 said that Angela's origins were "lost in antiquity" but noted that her spirit was celebrated by the students in and around Halloween. Reports dating back to the 1930's talk about the resident ghost haunting the "Ivory Tower", one of the two at the South end of the building.

Legend has it, according to John Robert Colombo in his book, Mysterious Canada, that the ghost may have roots in an unpopular music teacher who was locked in a cupboard by her students. This may be, but the school's records, dating back to 1881, have no mention of a teacher named "Angela".

Still, the legend lives on and for many, this icon is not simply a "ghost story", but an architectural and historical link to the past. The legend and the reports just add to the site's appeal.

Update: March 2005 A reader sent us the following note...

Anyway, the story as told to me involved a housemother.

Yes, her name was Angela, and she treated the girls cruelly. One night the girls devised a revenge which involved locking her up in a trunk and leaving her in the attic. When they went to let her out the next day, she was gone, and she never returned. Easily believed, because of course she left the school after that!

Each hall had a representative housemother to run to for any reason, since we were all far from home. They also did bed checks after lights out. Anyway, this might explain why no teacher was named 'Angela'. 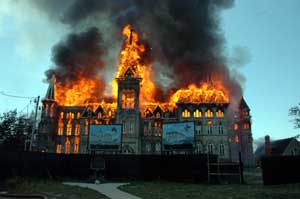 A very sad and disturbing update......

I was taking a look at your web page and it's very interesting. I was initially looking at the information on Alma College. I live in St.Thomas actually only a block away from Alma College.
I regret to inform you that this magnificent building was burned to the ground as a result of arson on May 28,2008. It's a great tragedy for St.Thomas heritage. So many people tried so hard to save Alma College, and now there's nothing anyone can do.
I've included some pictures for you from the fire that day! 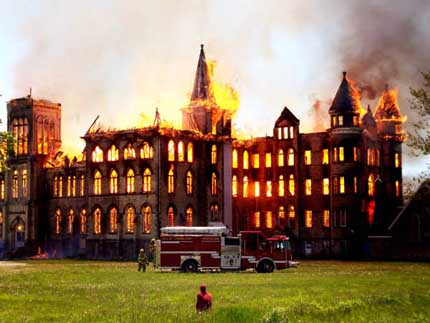 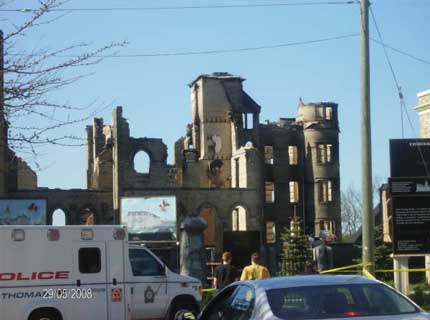 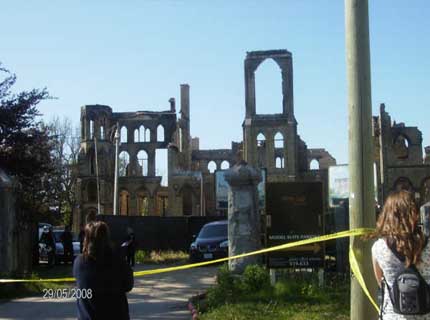