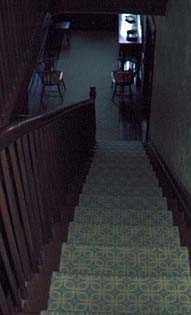 The following is a "reader update" on the Todmorden Mils...

I read the submission on Todmorden Mills. I was a volunteer tour guide and historical interpreter there from age 8 to 14. The report I read on your site interested me. Here is my story:

One of the houses on the site (the Helliwell house) is haunted. I believe it is the female entity that the author referred to.

The lady of the house died in childbirth. Two years later the son that she gave birth to died in a mill accident (fell into the machinery, very messy) or so the story goes. This could explain the other haunting in the theater (which was the mill). 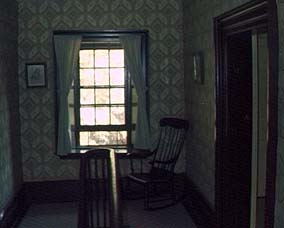 When I was about 12, I was volunteering at close one night. The curator sent me to the house to get a broom. It was getting dark. As I approached the house my flash light died (ironic, no?) I was able to unlock the door and I stepped into the kitchen, reaching for the broom.

As I did this I heard up the maid's staircase (from the master bedroom) the soft voice of a woman speaking. It sounded like she was speaking to a child. I couldn't make out what she was saying though. I froze, I've never been more terrified, I also remember it being very, unusually, cold. The research that I have done on the topic since explained this.

Anyway, I ran out of the house and back to the main building. I haven't been in the building since.

Several years later a friend of mine was at Todmorden Mills with a boyfriend. This was a popular place for drinking and making out, etc. Anyway, she looked up while arguing with her boyfriend and saw the figure of a women in one of the windows. This story obviously caught my attention. So, I took her there and asked her to point out the window. It was the same room where I heard the voice, the master bedroom.

The flashlight occurrence is fairly common but the fact that this individual ended up backing up her own experience with that of a friend AND it was already on our site makes this story particularly interesting. The author of this report is also now helping us out with historical checks into other "haunts" so we truly appreciate the feedback.

Of note, October of 2000 brought two people who said that they also experienced the ghosts of Todmorden Mills, (one of whom thought that one of her stories was the one we'd published! Interestingly enough, it wasn't proving that the one woman has been seen in the same situation more than once!)

While discussing ghosts with a person working in another of Toronto's "haunted" historical structures, she had mentioned that although the location we were at (in Downtown,) had never yielded much to her (she is not really a ghost enthusiast,) she had worked at Todmorden and THAT, she said, seemed to be haunted just by the way it felt.