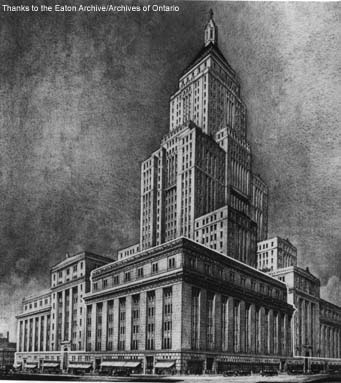 
The following was sent in by one of our readers in 2009:

I feel compelled to write you of an experience I had at the Carlu some years ago.

I stumbled upon your site tonight and was somewhat surprised to see the Carlu listed, but this has only served to confirm for me, that my experience there one night has, in fact, been shared by others.

When the Carlu was first opened (after the renovation) I was employed as an event bartender for approximately 2 years. I always found the rooms in that space to be beautiful and majestic and never once had a bad feeling when working there.

I distinctly remember, however, an odd thing that happened one night when I was working. It was just at the beginning of another event and I was walking very quickly from one room to another looking for a manager. I went to the backstage area of the auditorium and as I turned and walked quickly into the hallway  I was startled to see two women standing in the stairwell. (There are two small stairwells in the backstage area rarely used). I remember very distinctly that they were dressed in elegant 1930's dresses, with short 1930's hairstyles and both seemed equally surprised to see me. I said "hello" and very quickly turned and walked out of that area, more concerned with finding my manager. The encounter lasted maybe 5 seconds but they stayed on my mind all night as I worked.

Not all of the rooms were used during events and I know for a fact that the auditorium was not used that night. I know this, because as the night went on I began to think how odd it was to have seen these women in the backstage area dressed as they were. Many events had costumed themes (which had been my initial thought after I saw them) but the small event that night did not support my theory.
The strangest thing about this encounter was that as the night went on I kept questioning whether or not I had actually seen these women. I am a very observant person and never "question" whether I've seen someone or not. Either you have or haven't. I know I saw them, I even said "hello" and yet I questioned it for no apparent reason.

I only remember feeling "light headed" when I saw them, but did not at any moment feel that I had seen something otherworldly.

I never saw anything unusual at The Carlu after that, and must admit that towards the end of my employment there I did hear rumours from staff that it was haunted. My encounter happened long before any of these rumours began so I kept it to myself fearing judgment.

Reading the security guards story tonight however, I feel that it is safe to share my story now.

Our thanks to our reader for sharing this with us. If you believe that you have also had an experience at College Park please do consider sharing it with us.


Update September 2010, One of our newest researchers shares with us the following:

"I was a Security Officer then Supervisor there when I first came to Canada, and part of our duties was to patrol the "7th Aud". Prior to commencing a patrol of this area, you always checked your maglite because lighting up there consisted of the occasional light bulb every few hundred feet, (upstairs and downstairs). On this evening we did exactly that and both maglites were bright and fully operational. We then commenced our patrol, accessing the Aud from the residential area. As we were patrolling in pairs we only used one maglite, they were the large 6 battery flashlights that gave off plenty of light. Anyway, as we made our way towards the stage the officer who was with me's maglite turned off and wouldn't turn on again. I then took my maglite out of it's holder, tried to turn it on but it wouldn't work. We did think that this was strange that both sets of batteries would die at the same time, and made our way to the security control room to change them. When we opened up the flashlights to remove the batteries, they were stuck fast, in both flashlights! The next morning we took them to maintenance who drilled them out. The batteries were fused together! There are at least three other witnesses to this. I've never been able to explain what caused it"

"New officers where put through an initiation where you took them to the 7th Aud and frightened the heck of them. Yup, it happened to me too. Anyway, on this occasion, one of the "seasoned" officers made his way to the 7th Aud to hide among the theatre seating. The plan was that once the supervisor, (who was in on it), brought the newbie through the area, the officer who was hiding would make all sorts of moans and groans through the megaphone he brought with him. Just as the supervisor and new officer where making their way to the 7th Aud, there was a panicked announcement over the radio, (by the officer hiding), to immediately vacate the area. A moment or two later the obviously frightened officer shot by the supervisor and new officer and ran to the security control room. Everyone assembled there and once he was calm, the officer explained that while he was hiding, he heard music similar to what he described as being played from a music box. Thinking that the supervisor had turned the tables on him, he stood up laughing, but that was short lived when he saw two "smokey forms" dancing on the stage. That was when he made the radio call and high-tailed it out of there.


This officer was a very proud, hard-as-nails individual who would never want to show any weakness if he could prevent it. To this day he swears by his story."


In June 2015 one of our readers and a current staff member writes in:

"Hi there I just read your article on the ghosts at college park on the 7th floor. I too work here and some of my colleagues and I agree this place is haunted primarily on the 29th floor before it was renovated about a year ago I saw shadows of a man standing behind me I would turn around and no one was there also other staff members and I would here foot steps and noises coming from the kitchen. Even now that's it's completely renovated I still see shadows of a man standing across or behind me while I'm doing something it gets very cold when this happens. And I have requested not to work on that floor. I hope you find my encounter useful and I beg you to keep me anonymous for personal reasons. Thank you!"